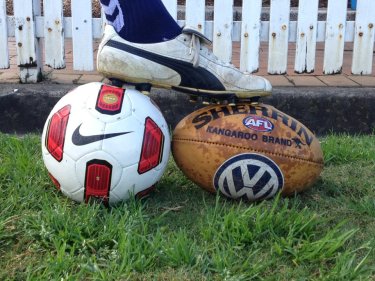 This is a personal diary. I’m a lawyer, a Christian, love watching Hawthorn and  Manchester United, and love my vino.

I was born in 1965. The other great events of that year were around the Beatles, Martin Luther King Jr and Muhammad Ali. I was born in Klang, Malaysia and grew up in that town, until I left the country for the first time when I was 20 years old.

I first came to beautiful Australia via Sydney. Bob was PM then, with John Howard as default Opposition Leader. I went to University of New South Wales for a few years and enjoyed living in the eastern suburbs of Sydney, going into the city on weekends for work. After finishing at UNSW, I went back to Malaysia to practise as a lawyer in Kuala Lumpur.

I left Malaysia to return to Australia permanently in 2004. John was PM then. I became an Aussie citizen in 2007 but have considered myself an “ex-Malaysian” from the moment I returned in 2004.

I now live in Melbourne Australia, with my wife and a couple of little black furry pooches. The older one we sometimes refer to as the Little Black Jedi. The younger one, a pup (7 1/2 months at the time this update is written) that thinks it owns the place.

Our daughter left home for Canberra (ANU) a number of years ago. She and Micaiah were married in 2017 and they both continue to live and work in the capital city.

My wife and I are part of an Anglican church community in the Blackburn North, in the eastern suburbs of Melbourne.

I started following Hawthorn when we first moved here and became a member a few seasons ago – I love watching them now and go for as many home games (at MCG) as I can.

If you feel compelled to comment I’d ask you address the subject matter at hand and identify yourself. Otherwise please feel free to email me direct.