About a year and a half back, Australia changed its law so that a same sex marriage becomes legal.

This beautiful street art (near a well known cafe just off York Street a stone’s throw from my office in South Melbourne) is but one of myriads of examples how it is now part of everyday Australia, that a same sex relationship – marriage – is as normal as teh tarik in Malaysia.

Notice how it is either nonchalant or subtle but it doesn’t make an issue of it – the underlying message, or at least one of the messages in this vibrant mural, is how normal and everyday this beautiful phenomenon is.

The silhouettes aren’t even obviously both females, until one looks closer, as the second image shows.

This is Australia today… 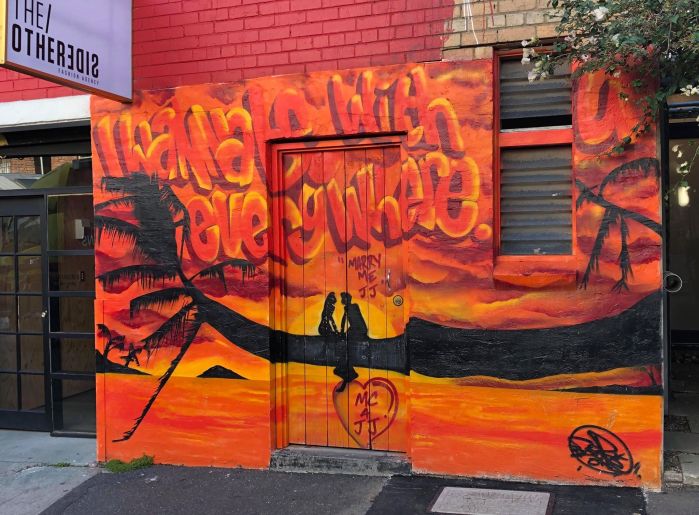