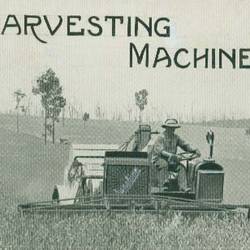 With the budget having been presented yesterday, the press has been putting out stories about what each of the two major parties’ policies on various matters were going to look like.

The idea of a living wage, now pushed by Labor, has surfaced again. I am reminded again of the Harvester’s case that I first came across vaguely many years ago. That case were pulled into a bit more focus when I read Judith Brett’s biography of Alfred Deakin and then again when I was heard about and then read Professor Ian Harper’s work.

I decided I wanted to read more about the judge – Higgins – who made the ruling in the Harvester’s case and found one written by a John Rickard. It turned out he also wrote on Australia’s cultural history. That has whetted my appetite to revisit the theme of Australian history. Having read several of Blainey’s books a few years ago, along with Henry Reynolds and Manning Clark, I still cannot land on a clear trajectory of that topic (Australian history). What started it all was Robert Hughes’ “Fatal Shores” and I’m now hoping I can read a bit more, but I don’t know what to make of what look like biases on the part of the authors.

I recall reading about a historian in Tassie, one Cassandra Pybus, who had questioned claims of Aboriginality. Professor Pybus is an expert of blacks in Australia who are non-indigenous and she has expert knowledge of Aboriginal communities, particularly in Tasmania. When her claims were raised in a court case against Andrew Bolt, it was clear biases on either side of the fence played a big part on the type of “expert” works generated.

I’m in a good place of sorts – a spot of sweet balance of some kind, that allows me to pursue this interest of reading about the history of this sunburned country. I hope I get a clearer picture before too long. Winter is coming. I hope I get to read some good stuff again.